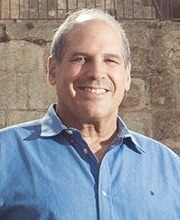 Following the publication of his  'Collapse of the estern Mediterranean' volume, Ellenblum began developing a comprehensive theoretical approach to 'Fragility', claiming that a decade-long climatic disturbance (drought, untimely rains and severely cold winters) in the magnitude of one and even half a standard deviations affecting a certain region, could lead to scarcity of food or even famine, societal upheavals and transformations.

His last project examined the opposite phenomenon: the effects of amelioration of climatic conditions for a comparatively long period of time (from several decades to several centuries).

Ellenblum's theory of Fragility was based on a thorough reading of a wealth of well-dated textual and archaeological evidence, pointing to periods of Collapse (in the eastern Mediterranean during the Medieval Warm Period), and relatively long periods of affluence (the entire Mediterranean Basin during the Roman Optimum).

Ellenblum was involved in the creation of several data bases dealing with the history of Jerusalem together with al-Quds University www.jerusalem-library.org ; with the maps of Jerusalem www.jnul.huji.ac.il/dl/maps/jer

Recently he initiated a new Dats Baset hat enables sophisticated search in the entire compendium of Crusader documents and charters. The compendium was created by the late Prof. Jonathan Riley-Smith, relying on an international committee of experts and the Data Base itself was created by our doctoral candidate Anna Gutgarts.